The Sun Is Also a Star

Over the course of a single day on which they have a chance meeting, alternating... read more

Over the course of a single day on which they have a chance meeting, alternating chapters move between Natasha, who has been in the United States with her Jamaican immigrant family since she was 8, and Daniel, the son of Korean immigrant parents who feels intense pressure to become a doctor. It’s a monumental day for both of them even before their first encounter. Tasha is desperately trying to seek once last stay of her family’s deportation and Daniel is on his way to an interview with a Yale alum for an application he doesn’t care about. The perspectives and histories of other characters, from family members to people they encounter over the course of the day, like Irene, the security guard at the office building where INS is located, and Jeremy, the immigration attorney Natasha meets with, are also part of the story. Natasha, who loves science, and Daniel, who wants to be a poet, are both intelligent, and their exchanges are entertaining but also surprisingly deep in a novel that delves into political and historical aspects of race and culture as well as the dynamics of family and the delight of falling in love. Like the two main characters, this unusual love story is poetic and witty, blithe and thought-provoking. (Age 13 and older) 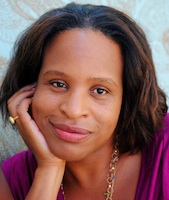 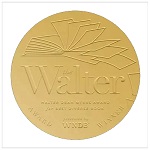