First published in Great Britain in 1990, this witty novel is composed entirely of... read more

First published in Great Britain in 1990, this witty novel is composed entirely of a 13-year-old girl's journal entries. The protagonist is Mary Lou Finney, who appeared as a secondary character in the author's Newbery Medal-winning Walk Two Moons (HarperCollins, 1994). As the second oldest in a family of five children, Mary Lou views her everyday homelife as maddeningly dull one moment and completely chaotic the next. When her 17-year-old cousin Carl Ray comes to spend the summer, he seems to register on the maddeningly dull side. So too does Mary Lou's reading of The Odyssey as part of another school assignment. Against a backdrop of typical teenage concerns (peer relationships, sibling rivalry, first love) Mary Lou's life as she records it gradually begins to seem more and more like a Greek epic, with Carl Ray as a modern day Telemachus in search of his father. The parallels between the two are never overtly stated: between Mary Lou's hilarious capsule summaries of The Odyssey and her exaggerated account of the events in her life, Sharon Creech has left plenty of space for readers to figure out the elements the two stories have in common, as she plays with plots and conventions that have been part of human experience for thousands of years. (Ages 9-14) 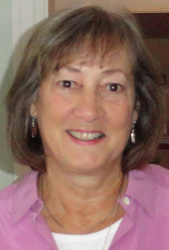