Teen bounty hunter Emika Chen is down to her last few dollars and about to be evicted... read more

Teen bounty hunter Emika Chen is down to her last few dollars and about to be evicted from her New York City apartment when she hacks into a promotional round for the Warcross championship, a popular worldwide virtual reality game. Within hours she is jetting off to Tokyo on the private plane of the game’s creator, 21-year-old Hideo Tanaka. The longtime focus of Emika’s private crush, Hideo not only invites her to participate as a wild card in the draft for the official Warcross teams, he also asks her to secretly investigate and unveil Zero, another hacker who is able to move through the game anonymously. Emika is the first pick of the draft, and as she trains with her fellow Phoenix Riders teammates and they enter into the games, she spies on her own teammates and members of other teams. Her meetings with Hideo to report her findings evolve from business to romance, while uncertainty about whom she can trust becomes a critical issue when she realizes Hideo’s life is in danger, and so, too, is her own. A novel set in the not-too-distant future creates an immersive experience in both the “real” and virtual worlds the characters move between. With plenty to offer readers interested in action as well as technology, it features a strong, smart female protagonist and offers ethical questions to ponder as it sets up the next book in the series. (Age 11 and older) 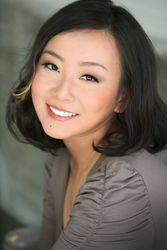 Created by The Fandom