A Thousand Sisters: The Heroic Airwomen of the Soviet Union in World War II

A substantial and arresting history of Soviet women flying combat missions during World War II begins with the rise of the Communist party in Russia. Its stated commitment to equal opportunities for men and women was not the reality, but a generation of young women grew up with opportunities to learn how to fly, while all Soviet citizens were expected to prepare for the (inevitable) Future War. When the Germans invaded in 1941, Marina Raskova, the country’s most famous women pilot, successfully lobbied to create a women’s air force combat unit. Eventually 1,000 young women joined this effort to fight in the Soviet Union’s “Great Patriotic War.” Some were pilots, some navigators, some assigned to ground crew in two bombing regiments and one regiment of fighter planes. A lengthy, compelling narrative describes their training, stress and frustrations, frightening missions, bonds formed (as well as some friction), losses endured, skepticism and sexism faced and overcome, and the respect they earned among many male colleagues and commanders. A book that does not glorify war does illuminate the commitment and skill of these women, many of t hose individual stories unfold. Notes, a lengthy bibliography, and index are included. (Age 13 and older) 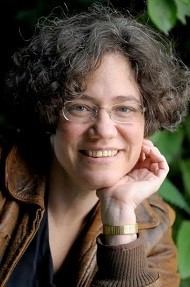