The Greatest Skating Race: A World War II Story from the Netherlands

by Louise Borden and Niki Daly

A story set in 1941 takes place in the Netherlands, where young Piet dreams of being... read more

A story set in 1941 takes place in the Netherlands, where young Piet dreams of being a great skater like his hero Pim Mulier of the historic Elfstedentocht race fame. Piet’s father is away fighting in World War II, but the very real dangers of that war are not just on far-off battlefields. Piet’s country is occupied by the Germans, and when a classmate’s father is arrested for owning a radio, Piet is asked to lead her and her younger brother to safety in a town in Belgium, 16 kilometers away. Piet, Johanna, and Joop must skate along the canals under the eyes of the Germans, acting as if they are just children at play. Johanna is a superb skater and Piet doesn’t worry about her keeping up, but it’s a struggle for young Joop. There are several tense moments made all the more difficult by the children’s growing exhaustion as they stride toward the journey’s conclusion in Louise Borden’s dramatic and satisfying story. Niki Daly’s fine period illustrations perfectly complement the text, and an author’s note provides additional information on the history of skating in the Netherlands and the real Elfstedentocht race that was fictional Piet’s inspiration on the longest skate of his young life. (Ages 7–10) 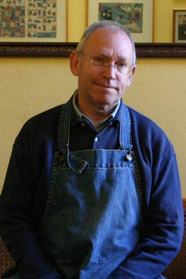