Although much has changed globally concerning LGBTQ rights in the past 10 years,... read more

Although much has changed globally concerning LGBTQ rights in the past 10 years, nothing has changed in the text or illustrations of this groundbreaking picture book based on the true story of a penguin chick being raised by two male penguins in the Central Park Zoo. Since it was first released in 2005, it has been at the top of the American Library Association’s list of most frequently challenged books several times, and was officially banned and shredded in Singapore—although an amazing show of popular support caused the government to back down. The afterword to the 10th anniversary describes these events, and more, and ends with a moving personal note that the authors have since followed in “the webbed footsteps of Roy and Silo” by adopting their own daughter. (Ages 3–6) 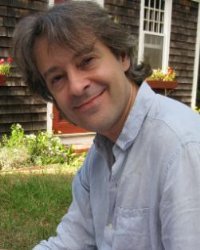 Lesson Plan from Anti-Bias Creative Drama in the Classroom

Created by Anti-Bias Creative Drama in the Classroom

View on Anti-Bias Creative Drama in the Classroom Share