What They Always Tell Us

James and Alex are teenage brothers whose childhood closeness is long gone. Their... read more

James and Alex are teenage brothers whose childhood closeness is long gone. Their relationship was further strained at the start of the school year, when Alex drank Pine-Sol at a party. Alex can’t say for certain why he did it—he felt disconnected from his friends and nothing seemed to matter. Now he’s the “crazy” kid at school, while James is a senior with everything going for him—good grades, good looks, and college a sure bet. But James, who can’t fathom Alex’s rash act, has more in common with his brother than either realize. He’s finding it harder and harder to care about anything other than getting out of their small Alabama town. As James’s emotional state becomes more and more disaffected, Alex’s begins to improve, in large part because of Nathen, whose genuine friendship and encouragement helps Alex see himself and his life in a brighter light. A tender romance develops between them, and seeing his brother happy and discovering the reason why has a powerful effect on James, especially after Alex confesses how frightened he about the “fag” notes found in his locker. For the first time in a long time, James feels like he can be genuinely supportive of his brother. The depth of his feeling and caring for Alex begins to have its own transformative effect on his life in Martin Wilson’s debut novel. A memorable story about two brothers finding their way back to themselves and one another, and the ripple-effect it has in their lives, is also a sweet and sometimes sensual love story. (Age 14 and older) 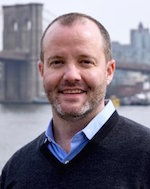